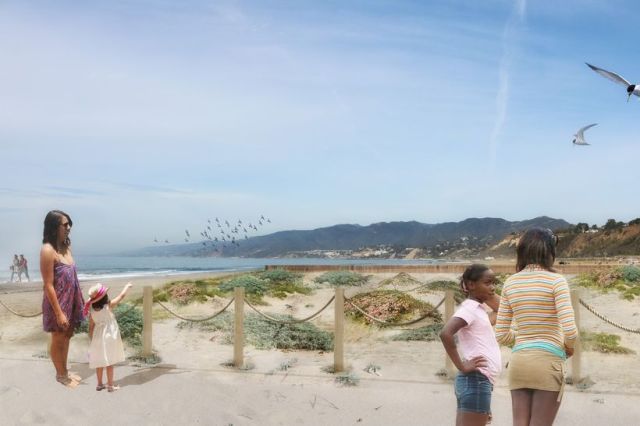 Santa Monica , CA — Across the Bike Path from the Annenberg Community Beach House in North Santa Monica, is a non-descript, enclosed section of beach adjacent to an unused lifeguard tower not yet ready for Summer.

To the naked eye, this relatively blank beachscape doesn’t look like much. An almost hidden walking path divides it in the middle, and the seemingly unremarkable area is completely fenced in on three sides but open to the Pacific Ocean.  And yet, these unmarked 2+ acres of sand are pretty special.

In fact, this beach is Wild.

Inspired by the nationwide March for Science, I took the day off from Surfing and instead, I explored Santa Monica’s Beach Restoration Pilot Project and learned more about its usefulness during a presentation by Melodie Grubbs of The Bay Foundation.

By not grooming these three acres of beach, The Bay Foundation and the City of Santa Monica are hoping to re-create natural sand dunes with vegetation that will be resilient to rising sea levels and will help protect our beautiful coastline.

Begun in December, Wild Beach was seeded with several types of vegetation (Sand Verbena, Evening Primrose), some of which has just started to sprout.  As the former Head Gardener of Groundhog Hill Farms in my native Kentucky, I could relate to the shouts of excitement expressed by Grubbs when she saw the results of her group’s efforts:  Stuff is growing!  The seeding worked.

During 2017’s very rainy winter months, lots of driftwood and bamboo (along with way too much beach trash — mostly plastic drinking straws (looking at you, Perry’s Beach Cafe) washed up on the beach and onto the wild garden.  Only the trash was removed. 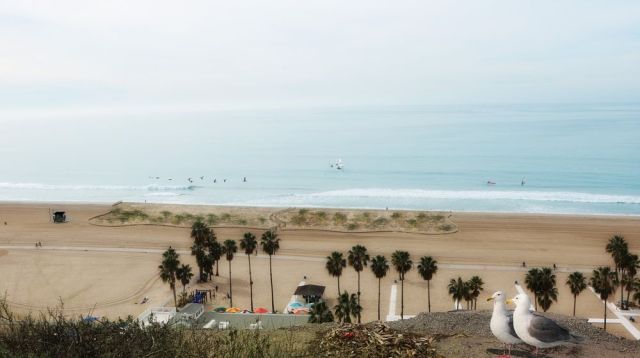 So, what’s next for Wild Beach?

Birds. Snowy White Plovers, in fact.  Per Grubbs, these birds haven’t nested in this area for 70+ years and have returned because of the tasty vegetation and a protected area that doesn’t get groomed on a daily basis.

So if you plan to visit, Do Not Disturb!

Meanwhile, there’s no volleyball or sunbathing going on in this area.  The Bay Foundation has got to get some proper signage up soon to let the Public know what’s going on there before the fast-approaching busy summer months.

(Signs are on the way says project coordinator Grubbs, who spoke to a group of interested residents as part of Mayor Ted Winterer’s popular monthly Ride With The Mayor program, which ironically, was co-sponsored by Perry’s Beach Cafe. (Heads Up, Perry’s:  You are terrific, but please ditch the plastic drinking straws!)  City Manager Rick Cole was there as well, answering questions about upcoming city events like the Summer Concert Series and all things #GoSaMo.) 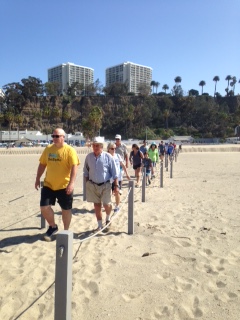 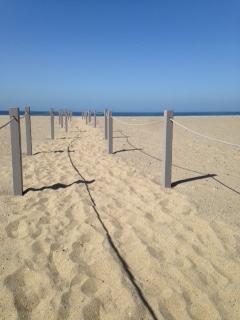 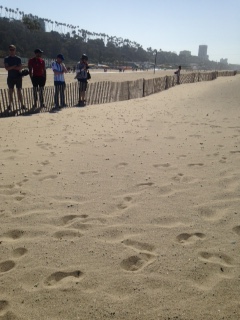 Can restoring an Eco-system to Santa Monica’s beaches help the fight against Sea Level Rise and Climate Change?

Only Time will tell if this restoration pilot project is successful.  It’s definitely a lab experiment at the moment, but one that is both important and worthwhile.

I am reminded of a great Wendell Berry quote that goes something like this:

Invest in The Millennium.

Say that your main crop is the forest you will not live to harvest.

That’s what’s going on here, I think.  The Bay Foundation and the City of Santa Monica are looking toward the Future. They can see some big problems heading our way and are looking at some creative solutions.

So remember, that blank stretch of enclosed beach across from the Annenberg Beach House, well, that beach is Wild.

Long may it be so. 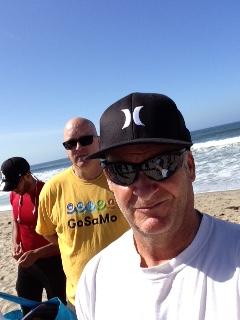 Pilot Season — The Good. The Bad. The Super Heroes.