Posted on March 2, 2015 by Surfing Hollywood 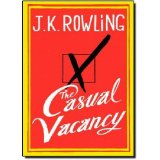 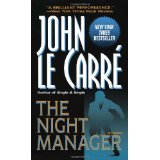 Santa Monica, CA  — Welcome Back, Mini-Series. You have been missed. Same goes for you, Limited Series. Television needs to mix it up, and Longform Programming brings back viewers whose attention is, um, elsewhere.

Across the Content Delivery System (CDS) spectrum (why even use the word Network anymore?), The Mini-Series is back in development and production.  Anyone besides me remember The Winds of War or Roots or Thorn Birds?  How about North & South?  Pretty successful stuff in their day.

Fox tried unsuccessfully this past season with limited series Gracepoint, a US remake of the UK hit Broadchurch.  The audience never found it, though.

Predictably, HBO leads the charge, however, networks like ABC & NBC have their properties as does AMC, SyFy, and most surprisingly, Hulu.  Nearly all of these projects are literary adaptations.

Here’s what’s in the Development Pipeline: 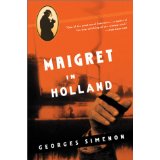 Next Up:  Female Showrunners of This Year’s Pilots!

Steve La Rue is an internationally recognized leader in Film & Television with 20+ years experience as a Development Executive championing such series as Buffy The Vampire Slayer, The X-Files, The Simpsons, King of the Hill, Battlestar Galactica, and Farscape. He writes, blogs, and consults on All Things Entertainment from his home at the beach in Santa Monica, CA, where he balances his life by surfing every damn day.
View all posts by Surfing Hollywood →
This entry was posted in Uncategorized and tagged miniseries, pilot season, TV. Bookmark the permalink.