Film Surf Report: It’s Still A Man’s World Even When It Comes To Girls – Tale As Old As Time

Update: This piece was published two weeks ago.  Today, March 31st, Disney announced a live-action version of Mulan, and guess what!  It’s being written by two women: Elizabeth Martin & Lauren Hynek.  Fantastic!  Meanwhile, a sequel to 2010’s Alice in Wonderland is in the works for 2016. 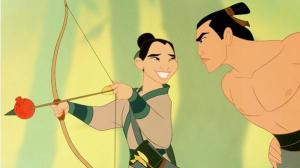 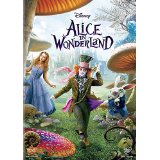 Santa Monica, CA — So, the live-action version of Cinderella is a big hit both in the US and internationally.  Yet, I wonder why a modern re-telling of this classic fairy tale about a young girl who wishes to go to the ball and find her prince isn’t written or directed by a woman.

This version perhaps, is not as modern as I would like.

Kenneth Branagh, who did a bang-up job directing Thor for Disney/Marvel, directed the studio’s latest hit.  Chris Weitz (About A Boy) wrote the screenplay adaptation.

Next up is Beauty & The Beast starring Emma Watson as “Belle,” in a live-action version of the extremely popular Disney animated film.  Bill Condon, who also did a bang-up job directing Twilight: Breaking Dawn, is in charge of this massive production set to commence filming in May in London.

Stephen Chbosky (The Perks of Being A Wallflower) wrote the screenplay adaptation that tells the story of a book-smart girl who leaves her town only to become imprisoned to save her father.  Oh, and there’s a Beast.

Nothing against Bill Condon or Kenneth Branagh.  They are terrific directors.  Real auteurs.  Yet, these stories are about young girls.

I, for one, would be really interested to see a woman’s take on the subject matter.  Paging Catherine Hardwicke! Barbra Streisand! Angelina Jolie!

The other day, I had this exact conversation with a woman friend who is also a writer.  I stated categorically that Men can write Women really well, and she had the audacity (!) to correct me, saying, “but not from a woman’s point-of-view.”

Lightbulbs immediately went on in my male-gendered brain illuminating my own chauvinism.

Would a woman tell Cinderella or Belle’s story differently?  I certainly hope so.  Yet, I don’t know, however, I would like to see those versions. 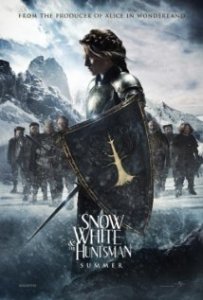 Disney’s Maleficent was directed by Robert Stromberg but written by Linda Woolverton (Lifetime’s upcoming Clan of the Cave Bear miniseries) and re-written by Charles Perrault.  At least, there’s one woman in the mix.

Snow White And The Huntsman, starring Kristen Stewart, was directed by Rupert Sanders and written by Evan Daugherty and John Lee Hancock.  I would like to see Kathryn Bigelow’s take on the sequel, The Huntsman.  Instead, visual effects specialist Cedric Nicolas-Troyan makes his directorial debut replacing Frank Darabont, who dropped out.  Darabont wrote the screenplay.

These female-centric stories, classics(!), are still being re-told, re-imagined by Men.  Film needs to wake up a bit, I think.

Let’s keep this conversation going.  Please chime in with some comments and opinions.  I’m just raising the notion.

Next Up:  TV Surf Report on Women Showrunners  & Why Television is Much Friendlier to Women Than Film

Steve La Rue is an internationally recognized leader in Film & Television with 20+ years experience as a Development Executive championing such series as Buffy The Vampire Slayer, The X-Files, The Simpsons, King of the Hill, Battlestar Galactica, and Farscape. He writes, blogs, and consults on All Things Entertainment from his home at the beach in Santa Monica, CA, where he balances his life by surfing every damn day.
View all posts by Surfing Hollywood →
This entry was posted in Film Surf Report and tagged Cinderella, Disney, Film, Women. Bookmark the permalink.

2 Responses to Film Surf Report: It’s Still A Man’s World Even When It Comes To Girls – Tale As Old As Time