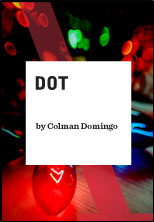 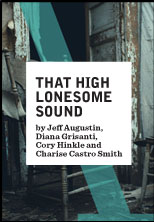 Actors Theatre knows how to throw out the Welcome Mat for out-of-town guests, and this year was no exception.  The Kentucky Bourbon was ‘aflowin’, and at Milkwood, the Edward Lee eatery beneath Actors, they believe in delivering a generous pour.

“I think I finally have a true understanding of Southern Hospitality.  What a blast!” says playwright Patricia Cotter of San Francisco, whose well-received play, Rules of Comedy, highlighted The Ten-Minute Plays at this year’s festival. 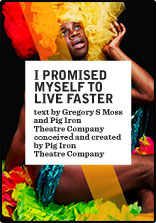 Of the six offerings at Humana, Dot, by Colman Domingo, an African-American family drama set around Christmas-time, stood out among the rest as the most-realized play.  Expect to see productions of it across the country in the years ahead.

However, seeing Artistic Director Les Waters onstage in the production of Charles Mee’s The Glory of The World, a chaotic sendup of a Men’s Encounter Group celebrating the 100th birthday of mystic Thomas Merton, was a special treat.

The audience paid special attention because it was Waters who sort of stood in for the playwright in the opening and closing of the piece which, in its best moments, reminded the audience the need for Silence and Introspection in one’s life.

Finally, one of the great strengths of Actors Theatre is its supremely talented production department as evidenced by the dynamic launches of new plays by Erin Courtney (I Will Be Gone) and Pig Iron Theatre Company (I Promised Myself to Live Faster).

I attended my first Humana Festival in 1989 (yikes!), and I find Louisville to be transformed in a wonderful way, bursting with creativity, and at its heart is Actors Theatre, a place where, over the course of a 3-day weekend, one can mingle and debate Storytelling with writers, directors, sound designers, actors, and other theatre folk from across the country.  Simply put, it’s a wonderful experience worth having year after year.

Until next year, Louisville…. 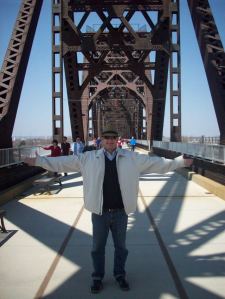 Up Next: Familiar Faces Return To Television Whether Welcome Or Not…

Steve La Rue is an internationally recognized leader in Film & Television with 20+ years experience as a Development Executive championing such series as Buffy The Vampire Slayer, The X-Files, The Simpsons, King of the Hill, Battlestar Galactica, and Farscape. He writes, blogs, and consults on All Things Entertainment from his home at the beach in Santa Monica, CA, where he balances his life by surfing every damn day.
View all posts by Surfing Hollywood →
This entry was posted in Theatre Surf Report and tagged Humana Festival, Louisville, Plays, theatre. Bookmark the permalink.