Posted on February 13, 2017 by Surfing Hollywood

Santa Monica, CA — Help Us, Diana, You Are Our Only Hope! Save us from The Joker Origin Story that Warner Bros. and DC Comics want Martin Scorcese to direct. Save us from The Conjuring Universe of films. Save us! Also, Beware The World Of Men. They Do Not Deserve You.

Is it Me, or is it getting harder to keep track of all the big franchise super hero flicks these days:  59 movies (and counting) over the next four years?!  This audience member has Super Hero and/or Franchise Fatigue.

What with Warner Bros. and DC Comics landing Joss Whedon to write/produce/direct a Batgirl standalone film, and Ben Affleck deciding to direct, then not to direct The Batman,  Marvel’s Phase 3 of the MCU racheting up big time, Carrie Fisher’s untimely death altering the course of the Star Wars Extended Universe, and the next four installments in the Harry Potter Universe where we get to see young Dumbledore, et al.  Sony is creating a Spider-Man Universe with the introduction of a Venom solo film.

There are a lot of Universes to sort.

Blame it on Marvel Studios and its successful creation of the MCU (Marvel Cinematic Universe). Phase One introduced the audience to Iron Man, Captain America, and Thor.  Phase Two brought us sequels along with a very unexpected hit in Guardians of the Galaxy.  Phase 3 kicked off with Captain America: Civil War and a successful launch of Doctor Strange, and the MCU will be greatly tested in 2018 with Avengers: Infinity Wars uniting the Avengers with not only Spider-Man and Doctor Strange, but also Star Lord & Co. from GOTG. A projected Phase Four may be a total re-boot of the MCU following Avengers 4 and GOTG3.

Imitation is the highest form of Flattery.

Warner Bros. and DC Comics took notice (along with some Depressants) and stumbled with the uneven Man of Steel followed by the dreadful Batman V Superman: Dawn of Justice and the groan-inducing but Oscar-winning Suicide Squad.

The studio’s very aggressive DCEU rollout plans include not only Justice League Dark and a Nightwing standalone film but also a Harley Quinn standalone film, Gotham City Sirens, based on Margot Robbie’s performance in addition to a possible Mel Gibson-directed sequel to Suicide Squad. Ugh. A Joker origin story is also in the works. Double Ugh. 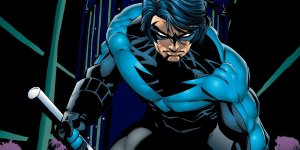 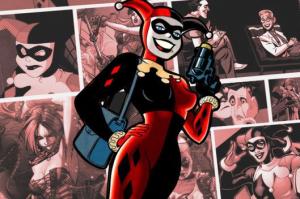 Thankfully, the highly anticipated Wonder Woman gets the Super Friends back on track in time for Justice League and the Aquaman standalone film.  The Marvel storytelling approach adopted by David Goyer & Co. to the DC Comics characters doesn’t seem to be working.  Patty Jenkins’ success demonstrates that Character and Story are more important than mindless action as Wonder Woman leads the summer box office and becomes DC Comics highest grossing DCEU film (outside the Nolan trilogy).

Lighten Up, DC!  Superman should be fun. Bring back the Legion of Doom! (as opposed to the Injustice League)… Why Can’t Anyone Get Superman Right?

Supposedly, Henry Cavill will get another solo Superman film.  He deserves a good story, a great villain, and Amy Adams returning as Lois Lane. No script yet for Man of Steel 2, however, Matthew Vaughn (Kingsman) is in talks to direct which is a good sign. 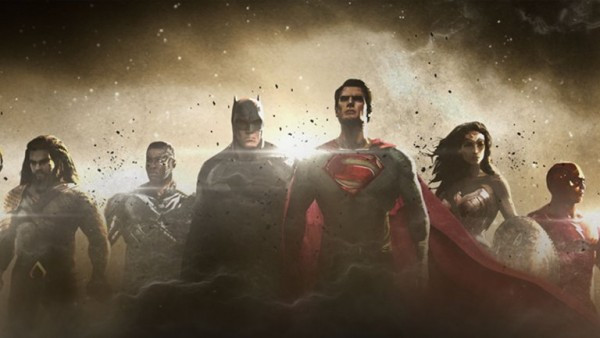 Meanwhile, Tom Cruise kicked off Universal’s Monsters Universe this summer with a new, contemporary take on The Mummy that opens the portal for Dracula, Van Helsing, Frankenstein and The Wolfman via The Prodigium if all goes according to plan. The film stumbled domestically, but hit the mark internationally. The Lesson for Universal is Story First, Franchise Second. Make a Good Movie. And, I can confirm it was really really disappointing.

Universal May Abandon Its Dark Universe 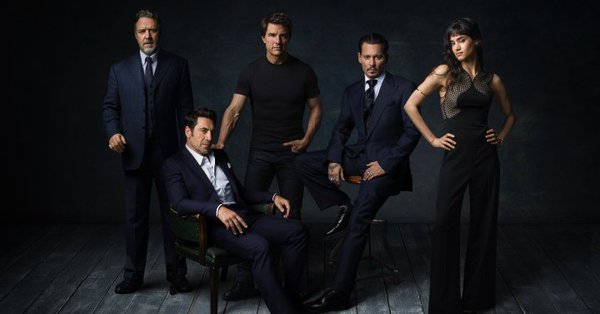 X-Men appears to be a bit of a mess following 2016’s X-Men: Apocalypse.  Young Jean Grey, Cyclops, Storm and Nightcrawler lived to see another day and to carry the torch to the next decade, but will the audience care enough about them without some incarnation (older or younger) of Magneto, Professor X, Beast and Mystique?

Fatigue has set in, I think.  Nonetheless, a Dark Phoenix-centric sequel seems likely in addition to a New Mutants movie set at Xavier’s School for the Gifted.  How will the Sinister Six figure in, I wonder? (An Easter Egg was dropped at the end of Apocalypse.) Fox and Marvel seem hell bent on aging out the old cast (and audience).  Sorry, Ian McKellen & Co.  Really sorry.

Meanwhile, Disney and LucasFilm are riding high following the success of The Force Awakens and Rogue One.  The untimely death of Carrie Fisher underscores the already Must-See factor of Episode VIII: The Last Jedi, which is in search of a new director following the exit of Colin Trevorrow. (JJ Abrams has returned to take the reins.)  And the Young Han Solo movie is currently in production under Ron Howard’s direction. Waiting in the wings is an Obi-Wan Kenobi film, as well.

Rian Johnson has signed to create three new Star Wars films not based on the original trilogy, which is a big investment by Disney.  They are clearly feeling confident in this franchise. My only request in the new films is that the Empire does not attempt to build yet another Death Star or Planet-killing Weapon. Ugh.

Paramount and Sony seem to be playing without such heavy hitters on their roster.  Mission Impossible 6 is on the books for 2018, and Henry Cavill has been added to the cast. Tom Cruise is nursing a broken ankle, and production has been suspended.

And, the James Bond film is currently up for grabs with no less than 5 studios bidding for what looks to be Daniel Craig’s swan song as 007.  Apple and Amazon are also in the mix, as well:  Bidding Wars for 007 Film Franchise

(Now there’s a Universe just waiting to be stirred, not shaken!). Sony cannot afford to lose that franchise.

Lionsgate has yet to launch Twilight or The Hunger Games extended universe prequels, but that doesn’t mean they aren’t gonna try!

Here’s the latest breakdown of what we can expect from Disney & Marvel Studios, Warner Bros. & DC Comics, the Universal Monster Franchise, etc.: 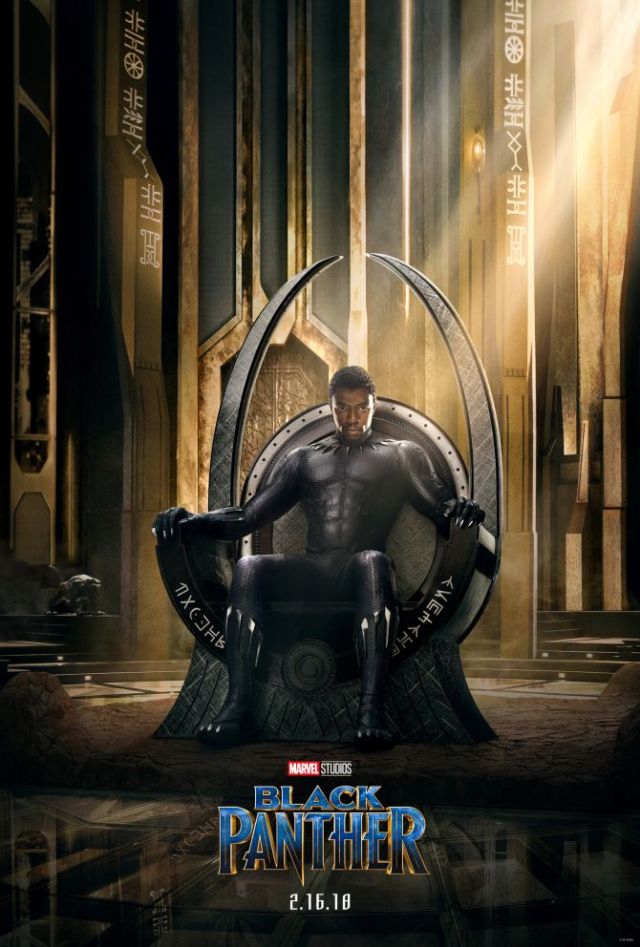 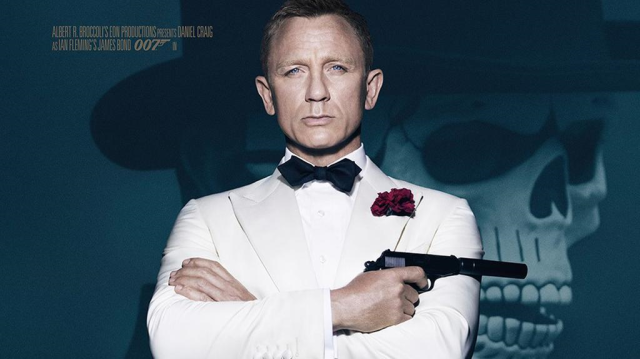 Summer is upon us.  Let’s surf. New stories await.