True Crime. Super Heroes. Adaptations. Re-boots. Pre-Sold Titles. Actor-produced comedies and dramas. These are the Trends of what’s getting made this Pilot Season. 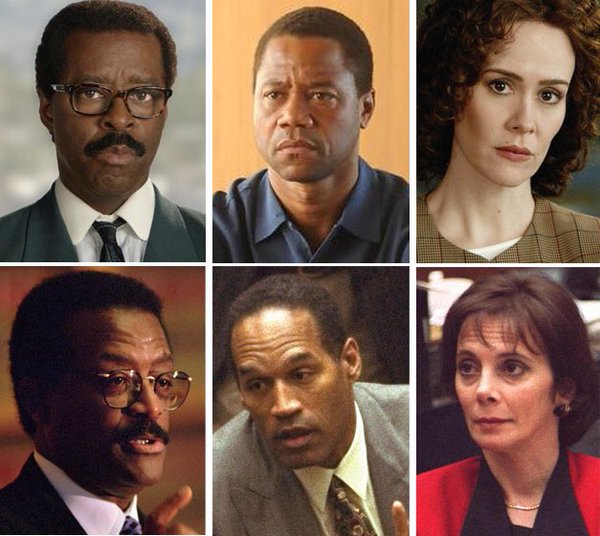 Hollywood loves to out-gross itself.  Exhibit A:  The People Vs. O.J. Simpson on FX garnered a stellar cast, rave reviews, and great ratings, so of course, other networks started scrambling for its True Crime narrative.  Sadly, for the audience, they found them.

Not to be outdone, CBS will dramatize the Jon Benet Ramsay case, wherein, a child beauty pageant queen is murdered, and her parents and brother are the suspects.

ABC has low-rated American Crime, awaiting its renewal for Season 3.

TNT pilots Robbers, a crime drama (and adaptation!) about a Texas couple on a crime spree while chased across the state by a cop.

Meanwhile, the podcast SERIAL continues to outperform all comers with its second season exploring the Beau Bergdahl case of a Marine gone AWOL.

ABC continues to mine Marvel for all its worth.  Mockingbird, aka, Marvel’s Most Wanted, is the latest Agents of SHIELD spin-off.  Damage Control is also in the pilot mix.

NBC has Powerless on tap. It’s a workplace comedy set in an insurance agency of normal people who live in the DC Universe. The Xena re-boot is still in the script stage.

Netflix has ordered The Punisher starring Jon Bernthal in addition to both Luke Cage (premiering in September and starring Mike Colter) and Iron Fist (now in production and starring Finn Jones) coming up.  The Defenders, which unites Daredevil and Jessica Jones as well, shoots later this year.

Krypton at SyFy is a prequel series about Superman’s grandfather and his fight to bring equality to the planet (talk about an uphill battle!). David Goyer exec produces for DC Comics. 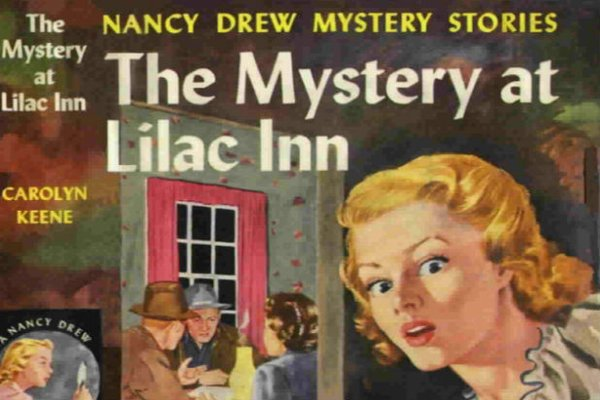 CBS adapts and re-boots Nancy Drew as a NYPD in her 30s and played by Sarah Shahi, a non-white actor. Diversity.  Also at CBS is a US re-make of Aussie comedy Upper Middle Bogan, a flamboyant but loving family of dragsters. Tracy Letts’ play, Superior Donuts, gets a pilot, too.

A.P.B. at Fox is an adaptation of a NY Times story, “Who Runs the Streets of New Orleans?”  Len Wiseman (Underworld) exec produces.

Sharp Objects at HBO is an adaptation of Gillian Flynn’s novel about a reporter fresh out of a psych ward.  Amy Adams stars in the 8-episode series.

Chance at Hulu stars Hugh Laurie as a forensic neuropsychiatrist adapted from the novel by Kem Nunn.

The Handmaid’s Tale at Hulu is an adaptation of the Margaret Atwood novel starring Elizabeth Moss.

Jolene, the Dolly Parton hit song, gets its own telefilm at NBC following the success of Coat of Many Colors.

Midnight, Texas at NBC is a drama adapted from Charlaine Harris’ books set in a fictional, creepy Texas town.

Collision at NBC is a re-make of the British drama about a group of strangers whose lives are changed after a roadside accident.

Maniac at Netflix is an adaptation of the Norwegian comedy.  Emma Stone and Jonah Hill star in the 10-episode order.

Mindhunter at Netflix has a series order for this David Fincher directed adaptation story of a detective tracking down serial killers.  Charlize Theron exec produces.

Girl Boss at Netflix is an adaptation of Sophia Amoruso’s popular autobiography about her days dumpster diving before creating a hipster clothing line. Kay Cannon scripts and produces with Charlize Theron.

I’m Dying Up Here at Showtime is an adaptation of the William Knoedelseder book about the LA standup comedy scene in the ’70s.  Jim Carrey exec produces.

The Alienist at TNT has an 8-episode order for the Caleb Carr psychological thriller set in the Gilded Age of New York. Garrett Hedlund stars for director Cary Fukunaga (True Detective).

Eye Witness at USA has a 10-episode order for the US version of the Norwegian crime thriller, Oyevitne.  Julianne Nicholson and Gil Bellows star.

24: Legacy at Fox stars Corey Hawkins and Jimmy Smits as a younger agent paired with an older partner.

Twin Peaks is in production, adding stars by the day, which bodes well for Showtime’s big investment in David Lynch’s iconic series which won’t premiere until 2017.

One Day At A Time at Netflix has a 13-episode order and a Latin remix.  Justina Machado steps in for Bonnie Franklin.

Gilmore Girls at Netflix returns us to Stars Hollow for four 90-minute movies scripted by series creator Amy Sherman-Palladino.  Lauren Graham and Alexis Bledel reprise their roles along with most of the supporting cast including Melissa McCarthy.

Lost in Space has a series order from Netflix.  Legendary TV produces. Danger, Will Robinson!

PRE-SOLD TITLES.  Movies we recall fondly.  Minority Report and Rush Hour bombed but Limitless was okay.  Hey, it’s a vertical integration strategy that studios and networks gotta try in this age of marketing to the masses.  Blame M*A*S*H and Buffy the Vampire Slayer for being such successful movies-turned-series.

The Exorcist at Fox stars Geena Davis in a psycho-thriller about, you guessed it, demonic possession.

Taken at NBC is a prequel to the Luc Besson films starring Liam Neeson (who does not reprise).

First Wives Club at TV Land.  The revenge comedy gets a pilot order.

Shooter at USA stars Ryan Phillippe in the Mark Wahlberg role as an off-the-grid Marine sniper.  This is both re-make and an adaptation of Stephen Hunter’s novel, Point of Impact.

Up Next: More on Pilot Season (Original Concepts Get Made!)

Steve La Rue is an internationally recognized leader in Film & Television with 20+ years experience as a Development Executive championing such series as Buffy The Vampire Slayer, The X-Files, The Simpsons, King of the Hill, Battlestar Galactica, and Farscape. He writes, blogs, and consults on All Things TransMedia from his home at the beach in Santa Monica, CA, where he balances his life by surfing every damn day.
View all posts by Surfing Hollywood →
This entry was posted in TV Surf Report and tagged Gilmore Girls, pilot season, Television, The Defenders, Trends. Bookmark the permalink.