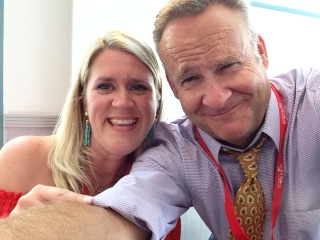 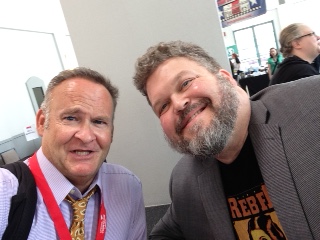 Santa Monica, CA — Emerging Writers from all over the world converge on beautiful downtown Burbank each year in June for LA’s premiere screenwriting conference, Script Fest, aka, The Pitch Fest.

And I was there.

To consult. To brainstorm. To participate in a panel discussion imparting words of filmmaking wisdom.

The highlight, of course, is meeting these writers, all eager to hone their pitches to prospective managers and agents, to get feedback on their ideas from production companies, and to learn about the Business of Show from folks like Me:

A theatre producer from Atlanta. A Canadian Jack Of All Trades from Alberta. A writer from Dallas. A psychic from Denver. A musician from Albuquerque.

I sat down with writers and asked So where are you from?  What are you here to do? Who do want to meet? What’s your Story?  And we go from there… The best advice I can give these writers is to pitch their idea back to them using a lot fewer words.  This interchange helps them hone their concept and focus on what their story means to them.  It’s a lot of fun.

The best feedback I received from this panel was from a writer who pulled me aside to whisper, You spoke the least yet said the most.

Fantastic. And much appreciated.

The conversation included lively discussions about Creating Characters, Engaging The Reader, and Pitching Your Story.

Do characters reveal themselves or do they change, and which is most important in a screenplay? Prioritizing one over the other seems silly as it depends on your Story.

Take The X-Files for example: Over the course of 9 seasons plus last year’s re-boot, Mulder’s character is revealed while Scully changes from skeptic to less skeptical. They are the Holmes & Watson of government conspiracy stories.

And then there are the Trends not to chase: Super Heroes. Adaptations. True Crime. 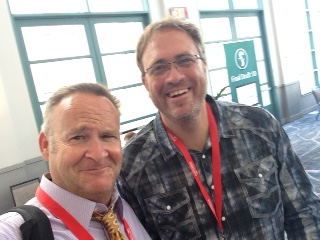 Meanwhile, Steven James can plot a murder mystery and not know who the killer is until he gets to the end of the story, which amazed everyone in the room and on the panel. Such a revelation just goes to show you that not all writers think alike nor do they need to think alike, follow the same rules of Structure, etc.  But Structure is there for a reason, as Danny Manus wisely illustrated with his knowledge of having read and given notes on 3,000+ scripts.

The Hayes Bros. encouraged the assembled writers not to be afraid to break some rules, to have the courage of their convictions, and to know the difference between a Sales Draft (which they call their Flower Draft) and a Shooting Script.

I really enjoyed hearing about how they write as a team (holidays are work days) and how they write action sequences which are intended to put the reader in the car as it flips and crashes down a mountain.  Terrific stuff. Flowery. 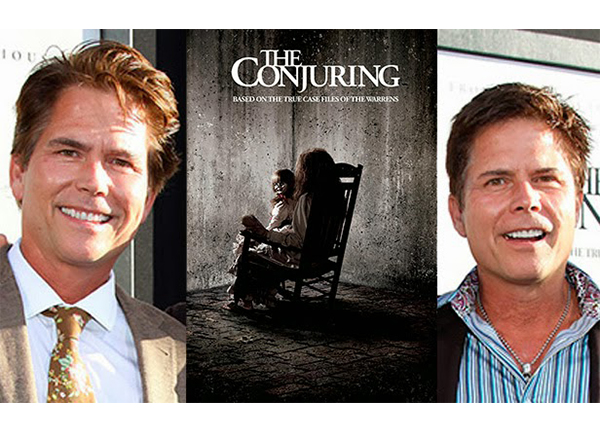 Writer Cons like Script Fest are valuable tools for an emerging writer looking to make connections, to hone your ideas, and best of all, to find your Tribe.

A tip of the hat to event producers Signe Olynyk and Bob Schultz who really know how to make a good event great.  Well done. 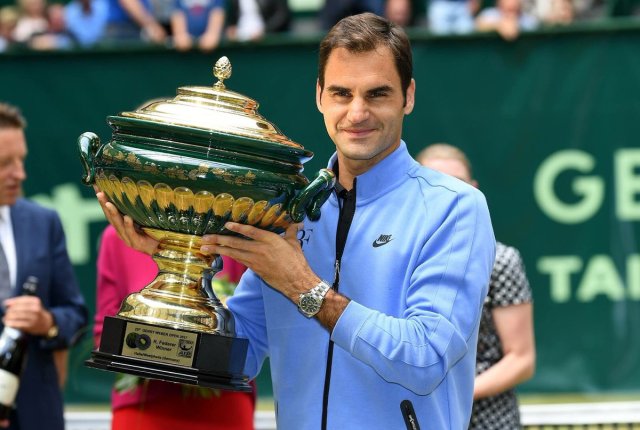 Steve La Rue is an internationally recognized leader in Film & Television with 20+ years experience as a Development Executive championing such series as Buffy The Vampire Slayer, The X-Files, The Simpsons, King of the Hill, Battlestar Galactica, and Farscape. He writes, blogs, and consults on All Things Entertainment from his home at the beach in Santa Monica, CA, where he balances his life by surfing every damn day.
View all posts by Surfing Hollywood →
This entry was posted in TV Surf Report and tagged Carey Hayes, Chad Hayes, Film, New Mutants, San Andreas, Screenwriting, Script Fest, Signe Olynyk, Television, The Conjuring, The Pitch Fest, Trends, TV, TV Pilots, Writer Cons. Bookmark the permalink.