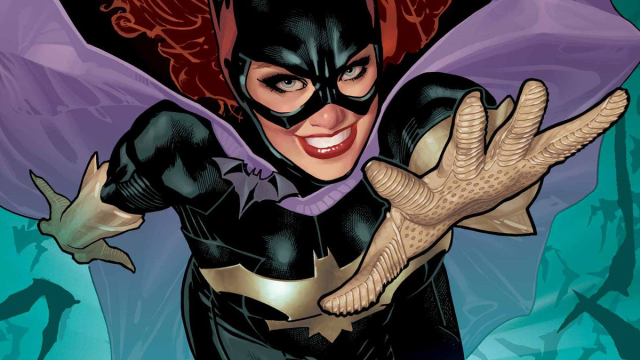 Santa Monica, CA — I recently read all six novels of Ursula K. Le Guin’s Earthsea series*, a fantasy series that starts out with a boy becoming a wizard but ends with that boy’s future wife and adopted daughter leading the story while the boy (now a grown man in his dotage) stays home and minds the garden. Fantastic!

While the execs at Warner Bros. and at DC Comics try to figure out how to rescue Superman and Batman from the Zack Snyder Universe with a possible Batgirl standalone film and/or a Harley Quinn standalone film (Birds of Prey), the folks in Burbank are sitting on a quartet of well-known yet underserved heroines who have what Metropolis and Gotham lack: Characters who can win or lose, hurt or be hurt (sorry, Wonder Woman), and an audience that has grown up with them.

Here are five female-centric films just waiting to be made (and Warner Bros. has 4/5 of ’em): 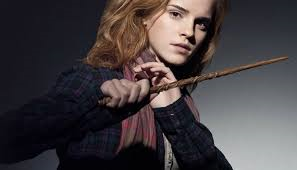 Okay, Warner Bros. is all in on Fantastic Beasts with four films on the way following the rather dull first entry in the new J.K. Rowling series.  While I do believe those films will finally get there emotionally with the thrilling climax of Dumbledore defeating Grindewald, the Harry Potter character I most want to catch up with is Hermione Granger.

That’s right: Warner Bros. needs to continue making films with Hermione, Ron and Harry, three Super Heroes, who alright, just happen to be Wizards, but who are in the prime of their lives with lots to prove before settling down with kids and such. Get on with it, J.K. Rowling!

Let’s also be clear that the time has come for Hermione to step up and to take Center Stage with Harry and Ron clambering to keep up with her.  Both the character and actor Emma Watson’s portrayal of her are quite capable of carrying a Story:

There is a lot of Story to fill in before arriving at Platform 9 3/4 in 19 years. 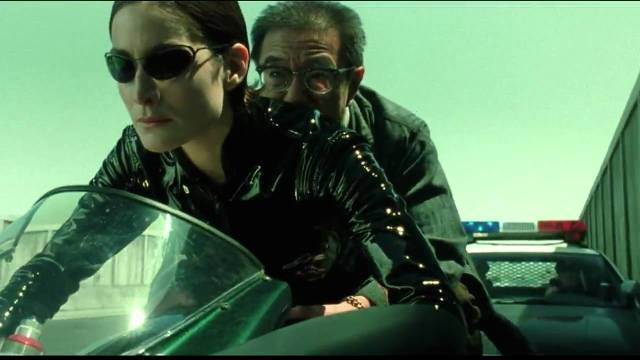 Meanwhile, another Warner Bros. property has a prequel just waiting to be made, and that’s The Matrix. Where is the Trinity standalone film, and why haven’t The Wachowskis made it?

I want to know how Morpheus recruited her (and from where) and why she became a legend by the time that Neo follows the white rabbit which leads to her. Give me Trinity The Movie (and give it to me now, starring Catriona Balfe from Outlander). I don’t want to see Morhpeus’ origin story (but that’s what’s in development at WB). Yawn. 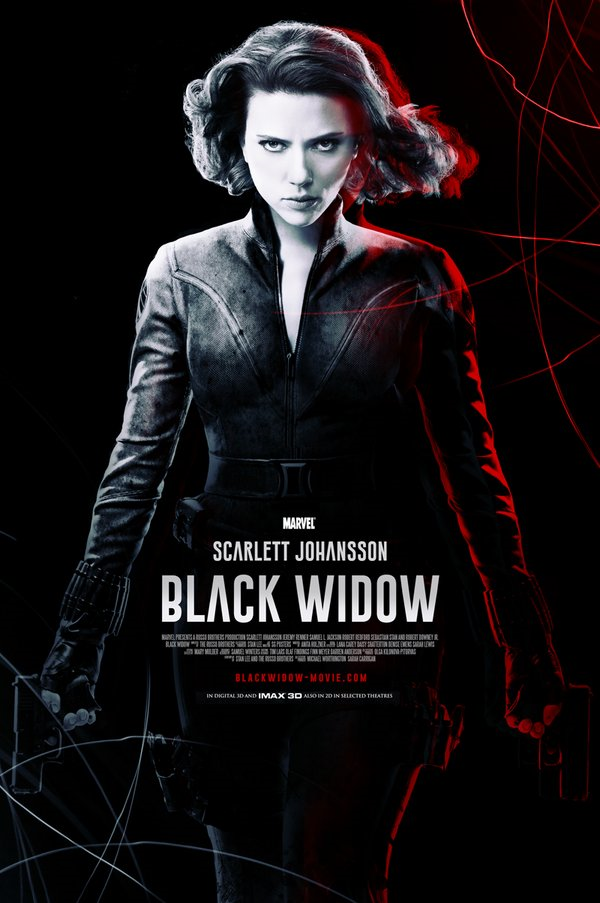 After years of waiting, there is finally a Black Widow standalone film in development over at Marvel.  Aussie filmmaker Cate Shortland (Lore) is set to direct from a script by Jac Shaeffer (The Hustle).

Thank you, Marvel, and to the fans whose interest in the character got this movie in development while Scarlett Johannson can still kick butt.

I have high hopes for Brie Larson’s take on Captain Marvel, but I am already invested in Black Widow. Geez, there have been three Thor films, three Captain America films, three Iron Man films, a coupla Hulk attempts. About damn time!

Given the timeline, we’re obviously going back to Russia to see how Natasha Romanoff trained and what her first missions were.  Perhaps, she runs afoul of Agent Peggy Carter, founder of S.H.I.E.L.D pre-retirement? Get ready to visit the Red Room. 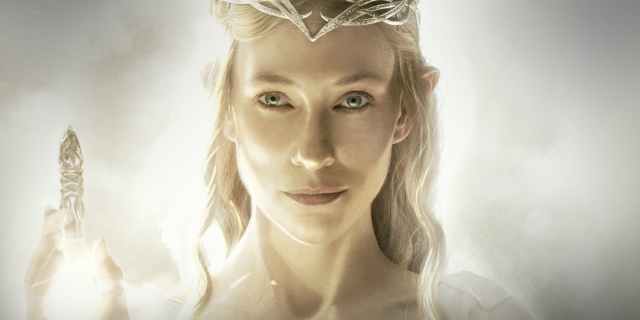 Amazon is spending upwards of $500 million on a TV version of The Lord of the Rings, but the one character I want to spend time with learning how she came to be is Galadriel, bearer of one of the Three Rings of Power gifted to the Elves.

(Note: I have, indeed, read The Silmarillion by J.R.R. Tolkien)

We all want to know more about this fascinating, really powerful character who has seen and done it all by the time that Frodo and The Fellowship wander into Lothlorien.

Amazon is reported to be focusing on the backstory of Aragorn, so hopefully he spends a lot of time with the Elves prior to becoming a Ranger in the North. Otherwise, yawn. 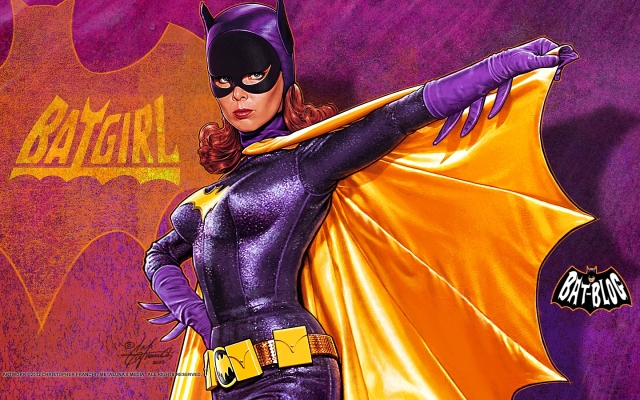 This film is in development at DC Comics. Joss Whedon quit after being unable to come up with a script that worked which troubles me greatly as I think a Buffy-esque approach would work for this character (who is not original to the Batman comics but was created specifically for the ’60s TV series).

Alicia Silverstone gave it the ol’ college try in the dreadful Batman & Robin, so let’s forgive her (and also re-cast her in another role in the Batgirl Universe). Director Joel Schumacher, you are still in Movie Jail, though.

Hodson (Bumblebee) wrote the screenplay for Birds of Prey and is well acquainted with the inner-workings of DC Comics.

And lastly, let me get one last plug in for Ursula K. LeGuin: 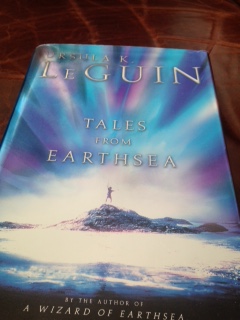 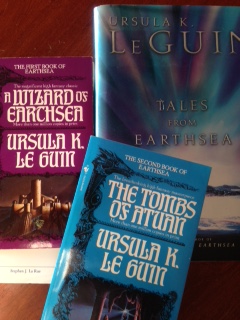 To Re-Boot Or To Not Re-Boot: That Is The Question! 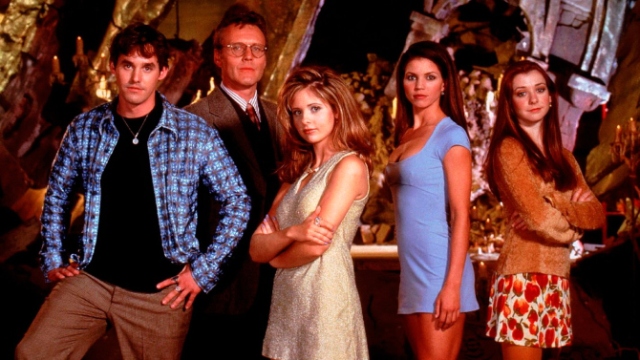