Posted on February 16, 2016 by Surfing Hollywood

I felt like I had seen this cover before.  And, I had….30 years ago, on Life Magazine: 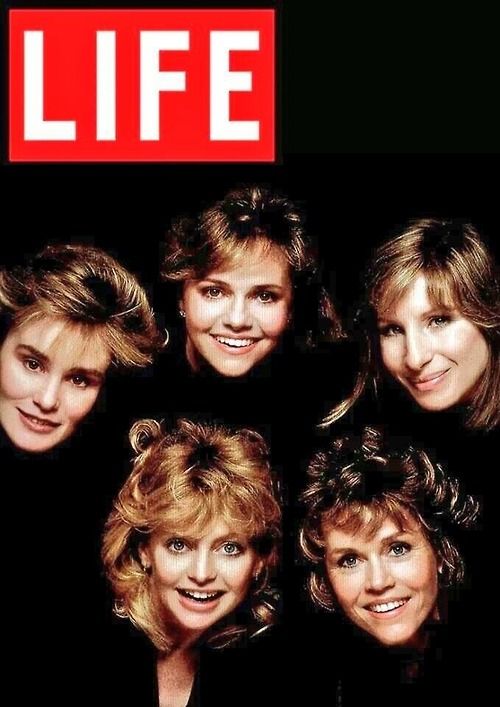 Now, it seems Eva Longoria (who produces Telenovela on NBC and Devious Maids on Lifetime), Reese Witherspoon (who produced Gone Girl as well as Wild), Kerry Washington (star of Scandal on ABC, and star and executive producer of  HBO’s Anita Hill biopic, Confirmation) and Elizabeth Banks (the triple threat of the bunch having starred, produced and directed Pitch Perfect 2) have inherited their title and their power…and they appear to be running with it!

Longoria (Unbelievable Entertainment), Witherspoon (Pacific Standard Films) and Banks (Brownstone Prods.) all have production companies with studio deals and all have been quite prolific saleswomen in Television this pilot season.  Witherspoon and Banks are racking up the producer credits in Film, as well as starring roles.

Banks, parlaying her supporting turn in the Hunger Games trilogy, just signed on to play the villain in the Power Rangers re-boot in addition to being set to direct Pitch Perfect 3 as well as the Charlie’s Angels re-boot.

Yet, those fantastic women of the ’80s, now Hollywood Icons, are still around and working. So, where did their Power (and their production companies) go?

Fonda, after a break from Hollywood and a marriage to medial mogul Ted Turner, continues to work in both film and television, starring in HBO’s The Newsroom and Netflix’s Grace & Frankie with Lily Tomlin (which she executive produces) and co-starring with Michael Caine in Youth.

Lange found a career resurgence with the best role(s) of her career, starring for four seasons on Ryan Murphy’s American Horror Story on FX, and winning an Emmy for her final season.

Field continues to work the most both in Film and Television, having recently been nominated for an Oscar for Best Supporting Actress opposite Daniel Day-Lewis in Steven Spielberg’s Lincoln, a part she famously had to campaign for to get.  What happened to Fogwood, her production company, though?

Streisand continues to record albums but has slowed considerably with her film work following comedic turns in Meet the Parents and The Guilt Trip.  She is attached to direct the feature, Catherine the Great, a Black List favorite screenplay.  She produced numerous of her own star vehicles (Yentl, Nuts, The Mirror Has Two Faces) through her company, Barwood Films, but nothing of late.

Only Hawn, seemingly the most prolific producer of the bunch (Private Benjamin, Wild Cats, Protocol, Overboard), seems to have stopped working altogether (not true, of course) following terrific turns in comedies like The First Wives Club (1996) and Death Becomes Her (1992).  She is due for a comeback as is her production company, Cherry Alley.

So, what’s the lesson for EW’s Powerful 4 from Life Mag’s Most Powerful 5?  It would seem that Power fades and Production Companies slow down and disappear.  Such a generalization is unfair, so wouldn’t it be great to see a confab between the All Powerful-9 (plus three other notables mentioned below)?!

Yet, today is a new Era for Women in Film & Television.  EW’s Powerful 4 have a much better chance at maintaining Staying Power than Life’s Powerful 5.  These women have the potential to have producing careers as long as say, Clint Eastwood, who is now in his 80s.

Meanwhile, Jennifer Lawrence, a 4-time Oscar nominee at 26, needs to form her production company and get busy (if that’s what she wants to do).

Just ask Julia Roberts, whose Red Om banner (Stepmom, An American Girl) could have been much more prolific had she started much sooner.  Or, Meryl Streep, who has enjoyed first pick of scripts for decades, but did not parlay her power to a prolific producing career.

Each woman chose different paths through Hollywood, their own Stardom and Star Power.

Who will grace the virtual covers of these magazines in 2046?  And will Witherspoon, Longoria, Banks and Washington still be producing their own starring vehicles?

I would add Charlize Theron to this list, btw, as she is starring in multiple film franchises — Mad Max, Fast & Furious, The Huntsman — as well as producing series for Netflix through her Denver & Delilah Prods.

Also, let’s not put aside Drew Barrymore, whose production company, Flower Films, is still around.

And last but certainly not least is Oprah Winfrey who is currently producing Queen Sugar for OWN via her company, Harpo Productions

Next Up:  Disney and Universal Studios are poised to have very big years in 2017.

Steve La Rue is an internationally recognized leader in Film & Television with 20+ years experience as a Development Executive championing such series as Buffy The Vampire Slayer, The X-Files, The Simpsons, King of the Hill, Battlestar Galactica, and Farscape. He writes, blogs, and consults on All Things TransMedia from his home at the beach in Santa Monica, CA, where he balances his life by surfing every damn day.
View all posts by Surfing Hollywood →
This entry was posted in Film Surf Report, TV Surf Report and tagged Barbra Streisand, Elizabeth Banks, Entertainment Weekly, Eva Longoria, Goldie Hawn, Jane Fonda, Jessica Chastain, Jessica Lange, Kerry Washington, Life Magazine, Reese Witherspoon, Sally Field. Bookmark the permalink.