Posted on November 4, 2016 by Surfing Hollywood

Santa Monica, CA — Updated 06 January 2017 –A solid strategy the networks continue to employ is re-making a popular film as a television series and/or re-booting a successful series with a new incarnation.

Netflix just premiered the Latina re-boot of Norman Lear’s groundbreaking series, One Day at a Time.  The CW has ordered a prequel for Charmed and is soon to premiere its dark and edgy version of Riverdale (based on the Archies).

This season, FOX seems to be winning with remakes of Lethal Weapon and The Exorcist.  The CW’s Frequency looks like a loser, though, as does Shooter on USA (renewed for S2).  Hey, ya win some and lose mostly with this strategy, but when studios have vast film libraries to exploit, nothing is beyond resurrection.  Fargo on FX is the current standard bearer for all newcomers.  Bates Motel, a re-make of Psycho, closes out its fifth (and final) season on A&E.

NBC still has yet to premiere its re-make of Taken and has dropped its plan to bring back Cruel Intentions (with Sarah Michelle Gellar reprising her role).  I am very curious to see the Peacock Network’s upcoming Emerald City, a new spin on The Wizard of Oz (mixed with some Game of Thrones sexy).  Here’s the trailer:

Netflix is promoting its re-make of Lemony Snicket with Neil Patrick Harris starring as Count Olaf (supplanting Jim Carrey, thankfully) in A Series of Unfortunate Events

Preview of NPH as Count Olaf in Lemony Snicket 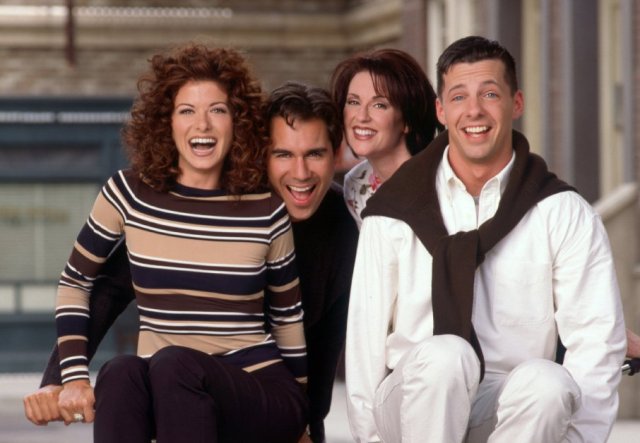 Next Up:  Family comedies and dramas are evergreen script sales.

Steve La Rue is an internationally recognized leader in Film & Television with 20+ years experience as a Development Executive championing such series as Buffy The Vampire Slayer, The X-Files, The Simpsons, King of the Hill, Battlestar Galactica, and Farscape. He writes, blogs, and consults on All Things Entertainment from his home at the beach in Santa Monica, CA, where he balances his life by surfing every damn day.
View all posts by Surfing Hollywood →
This entry was posted in TV Surf Report and tagged Emerald City, Richard Gere, Will & Grace. Bookmark the permalink.