TV Surf Report: Hollywood Is Less Afraid of Adaptations So We Should All Read More — Blame George R. R. Martin

Posted on November 16, 2016 by Surfing Hollywood

Santa Monica, CA — (Updated 06 January 2017)  Hollywood loves a good book, especially when it’s a best-seller that has a built-in audience who will tune in when Television adapts it into a Series.

Exhibit A:  Game of Thrones by George R. R. Martin.  HBO is doing quite well with its adaptation of Martin’s masterwork.  So well in fact, there’s talk of a prequel series.

Netflix is set to premiere Lemony Snicket’s  A Series of Unfortunate Events starring Neil Patrick Harris, but is it an adaptation of the book(s) or a re-make of the Paramount film? Is there a difference?  (Yes.)

The CW has Riverdale coming up (it’s a dark teen drama based on the light-hearted Archie Comics). Starz has Neil Gaiman’s American Gods still to debut.  And, Amazon has Tom Clancy’s Jack Ryan heading our way.

FOX and Ridley Scott are developing a pilot of Justin Cronin’s novel, The Passage, which both excites me and disturbs me in equal measure.  This TV adaptation could be the best new Sci Fi series since Battlestar Galactica (which was not an adaptation but rather a re-boot).  I am that interested.  Stuck in Development Hell in Features at Fox for nearly 10 years, Cronin’s very dark book is now headed to TV with a pilot order.

Here is a List-in-Progress of the Books, Comics and Magazine Articles bought and sold for TV, a development trend that’s been recurring for several years now: 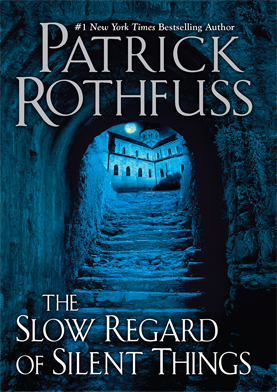 Check back for updates as this List is a work-in-progess and will be revised as often as possible.  Thanks, Readers.  Also, let me know what you think of these proposed adaptations!  — S.

Origin Stories and Why We Never Tire Of Them

Steve La Rue is an internationally recognized leader in Film & Television with 20+ years experience as a Development Executive championing such series as Buffy The Vampire Slayer, The X-Files, The Simpsons, King of the Hill, Battlestar Galactica, and Farscape. He writes, blogs, and consults on All Things TransMedia from his home at the beach in Santa Monica, CA, where he balances his life by surfing every damn day.
View all posts by Surfing Hollywood →
This entry was posted in TV Surf Report and tagged Adaptations, Anne Rice, Clive Barker, Television, The Vampire Lestat, Trends, Weaveworld. Bookmark the permalink.

2 Responses to TV Surf Report: Hollywood Is Less Afraid of Adaptations So We Should All Read More — Blame George R. R. Martin