Posted on January 21, 2016 by Surfing Hollywood

Santa Monica, CA —  (Updated 07 April 2016) Resistance is Futile, Viewers.  Kneel before Comic Book Adaptations and Super Hero Television.  Their Time is Now…or, at least for the next 5+ years until their powers fail due to audience ennui.

In October 2014, scribe David Reynolds (Finding Nemo) and I led a panel discussion at the London Screenwriters Festival on the topic of Originality in TV versus Commercialism.  At the time, a mere 29 Super Hero films were slated for release by the major studios.  Dave and I correctly predicted that TV would follow suit and mimmick this trend, which it has done in terrific fashion…to varying degrees of success.

Commercialism wins. So did Creativity, though. 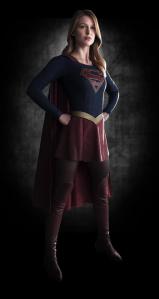 This past season has seen CBS launch Supergirl to great acclaim and to modest success.  It’s a terrific show, but it’s never going to be the hit CBS hoped because it’s on the wrong network!

Supergirl belongs on The CW where I predict it will ultimately end its run.

Meanwhile, NBC re-booted Heroes on Thursday with Heroes: Reborn to modest success (and a lot of new, really young Heroes), but apparently not enough success as the re-boot isn’t continuing beyond its initial order which is puzzling.

The Xena: Warrior Princess re-boot is still at script stage with Javier Grillo-Marxuach (The 100, Lost) writing.  Powerless, an Office-inspired comedy, is a pilot script set in the DC Universe.  No production order as of yet.

Fox has declared its sole Marvel property, the X-Men Universe-inspired Hellfire, to now be on the slow development track following the departure of showrunners Evan Katz and Manny Coto who are fast-tracking the 24 sequel, Legacy.

Meanwhile, Gotham continues to downward spiral in the ratings and lacks a compatible lead-in or lead-out program.  Fox also has Lucifer.  This comic adaptation is another DC property.  The Arch Angel is solving crimes and punishing criminals in LA. 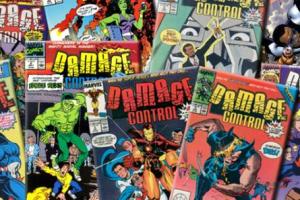 Meanwhile, the success stories, at least creatively, have been at Netflix whose initial 4-series deal with Marvel have been creative home-runs.

Daredevil is now in its second season with a spin-off ordered for The Punisher; Jessica Jones (just renewed for a second season) has been the most-coveted show of the year thanks to writer/producer Melissa Rosenberg (Twilight) and star Krysten Ritter who plays Jessica as a super hero with Soul (and its tormented!).

Luke Cage is now in production with Mike Colter reprising his role from Jessica Jones and Alfre Woodard co-starring.  Iron Fist has finally been cast, so The Defenders can assemble and dazzle us.

Meanwhile, ABC seems bound and determined to stick with Marvel’s Agents of S.H.I.E.L.D. and Agent Carter (a third season pickup seems unlikely) while continuing its corporate synergy by ordering Marvel’s Most Wanted to pilot.  All this despite mediocre ratings which are clearly taking a backseat to creative content and building valuable properties for studio libraries to license in perpetuity.  If only an Avenger would drop by every once in a while as Phase Three commences on the feature side with the upcoming Captain America: Civil War.

Damage Control, a live-action half-hour about the Marvel clean-up crew, is in the pilot mix awaiting a production order.

The CW is Super Hero Central thanks to uber-producer Greg Berlanti who has successfully launched Arrow, The Flash, and now DC’s Legends of Tomorrow.  That audience seemingly cannot get enough of super-television and is being well-served with both ratings and critical hits.  Berlanti even resurrected NBC’s failed Constantine and has folded him into his DC Universe.  Pilot-wise, the netlet is developing Bob the Valkyrie from writer Matt Greenberg (Reign of Fire).

AMC is about to launch Preacher starring Dominic Cooper in the Seth Rogen-produced comic adaptation.  The trailers look pretty darn good, too.

FX has ordered Legion to series jumping on the Marvel bandwagon and circling the X-Men World by telling the parallel story of Charles Xavier’s son whose telepathic abilities create havoc.  Sounds fringe, at best.

TNT just passed on Titans from sister company Warner Bros. Horizon & DC Comics, so that property is available to go elsewhere, and I predict it will.

SyFy has Krypton, the Superman prequel series from David Goyer, in its development pipeline.  Meanwhile,  The Magicians (who aren’t technically super heroes, I know), a critically acclaimed series of YA novels by Lev Grossman about an American magic school that’s much darker and sexier than Hogwarts, has received an order for a second season. 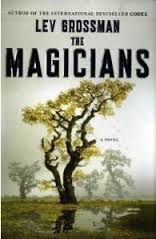 Hulu has ordered a pilot for Citizen, a new take on the Super Hero origin story set in LA.  Alfonso Gomez-Rejon (Me and Earl and The Dying Girl) writes and directs.

Even Freeform (nee, ABC Family) is getting into the act, ordering Marvel’s Cloak And Dagger straight to series, hoping to find a compatible series for just renewed Shadowhunters (its Buffy knock-off).

It’s a super time for Super Hero television.  We should enjoy it while it lasts, which I predict will be five years or less before Star Wars imitators arrive and we are inundated with space operas…prepare to be re-booted again, beloved Battlestar Galactica. 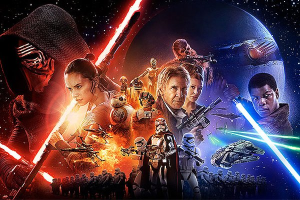 Up Next:  Lost in Translation/Nets Develop Foreign Series

Steve La Rue is an internationally recognized leader in Film & Television with 20+ years experience as a Development Executive championing such series as Buffy The Vampire Slayer, The X-Files, The Simpsons, King of the Hill, Battlestar Galactica, and Farscape. He writes, blogs, and consults on All Things Entertainment from his home at the beach in Santa Monica, CA, where he balances his life by surfing every damn day.
View all posts by Surfing Hollywood →
This entry was posted in TV Surf Report and tagged Super Heroes, Television. Bookmark the permalink.